Firman may not be as popular as other household generator brands, such as Yamaha, but after thoroughly analyzing their generators’ features and what current users have to say, we feel that Firman generators are quite underrated.

This Firman generator review highlights all there is to know about this brand, including its significant pros and cons. As usual, our review team also hand-picked a couple of the best Firman generators that are worth checking out.

Firman generators are relatively inexpensive across all categories compared to most of their competitors. Well, some cost slightly over a grand, but these are packed with premium features and systems, including inverter technology and multiple fuel and starting options. On average, Firman portable generators cost around $600. The cheapest model goes for about $260, while the most expensive one asks around $1200.

Firman is among the least known Asian generator brands among the Westerners. Therefore, it’s easy to understand if you’re skeptical about spending your money on these generators. But it’s important to note that this is a fairly new brand established in 2001. This could partly explain why Firman is still new to most of us.

Its newness aside, Firman generators are loaded with fantastic features and technologies, and most of them rank highly in terms of reliability. In fact, we expect this brand to rival major giants, including Honda, Yamaha, and Dewalt, in the near future.

Notably, like other Chinese generator brands, Firman has a few models that tend to fade away pretty fast. So, keep your guard while comparing the different units. A good way of doing this is considering what previous buyers have to say about each generator before committing. Also, you can check our Firman generator reviews to find out which are their most-recommended models. 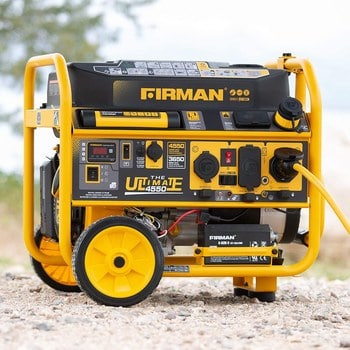 This remote start generator continues to receive a lot of praise for the value it offers. The Firman P03612 manages 4550 starting watts and 3650 running watts. You can use it for emergency power backup at home and even in camps and off-grid worksites. Its outstanding features include a 14-hour runtime, a remote start option, and a 4-in-1 data center. 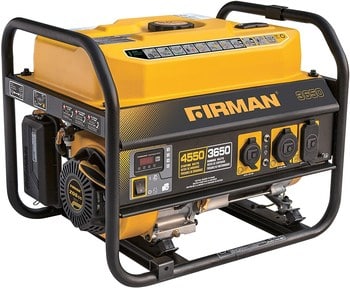 The Firman P03607 produces 4550 surge watts and 3650 running watts. This output qualifies it as an all-rounder generator that you can use at home and for most of your outdoor power requirements. The Firman P03607 features a 5-gallon fuel tank with which it offers up to 14 hours of continuous power supply. 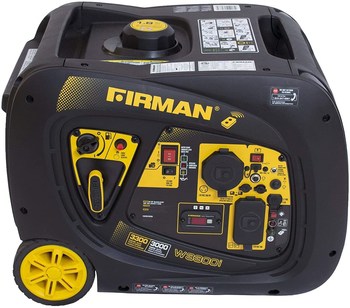 Quite different from other models in these Firman generator reviews, the Firman W03083 uses inverter technology. So, it’s much more compact, more fuel-efficient, and quieter. This generator produces 3300 starting watts and 3000 running watts. Its 171cc Firman engine will run for up to 9 hours with 1.8 gallons of fuel, which is quite impressive. 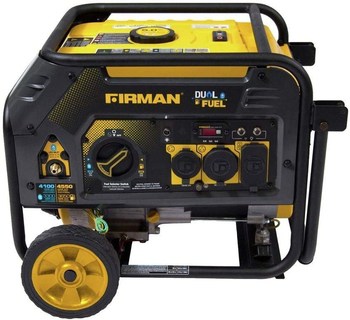 Firman H03652 promises 4550 watts of starting power and 3650 running wattage. However, this model takes its reliability a notch higher with its dual-fuel versatility. You can run it from its 5-gallon gasoline tank or a 20-pound propane tank using the 5-foot hose included. The Firman H03652 comes RV-ready and its wheelbarrow design, coupled with the oversized wheels and foldable handles, makes pushing it around a lot easier. 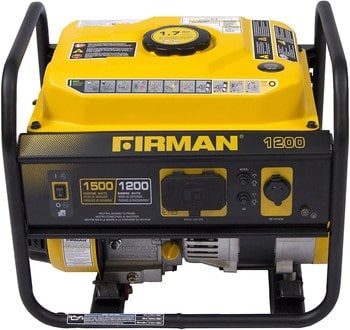 The Firman P01202 is the cheapest generator by Firman, but the least powerful too. This model outputs 1500 starting watts and 1200 running watts. This makes it ideal for low power needs at home and when camping and tailgating. Its 80cc cast iron sleeved engine offers 10 hours of continuous runtime from its 1.5-gallon fuel tank.

Firman is one of the brands under the SUMEC Group. SUMEC itself is a crucial member of SINOMACH (China National Machinery Industry Corporation). Firman brand was officially established in 2001, and this makes it a relatively new brand compared to others that were formed in the 1900s or earlier (think of Kohler, Hyundai, Generac, and Ford).

However, it’s important to note that Firman existed for years before 2001 only that it was manufacturing generators for private label brands, including Kohler and Ridgid. This could explain why it hasn’t been hard for their products to penetrate the market despite its seemingly late entrance. Actually, judging from the quality and reliability of its generators, we predict that this will be one of the most reputable generator brands in a couple of years.

SUMEC group. Firman brand is a part of SUMEC Group Inc.- a leading mechanical and industrial company in China.

Where are Firman generators made?

Where to buy Firman generators?

You can purchase Firman generators from their website as well as Amazon, Walmart, Costco, Home Depot, and other retailers.

What warranty does Firman offer for its generators?

3 years. Firman offers a 3-year warranty with most of its generators. This is better than the 2 years that most low-end brands give you.

Which is the best oil for Firman generators?

Conclusion: Should You Buy a Firman Generator?

Although a relatively new entrant, Firman is generally dependable when you need affordability and quality. Their generators offer tons of value at their respective price tags, and they make a great alternative to premium brands, such Yamaha (see our Yamaha generators review here).

If you look for some alternatives to Firman generators then check our Champion generator review.

Icons made by Freepik from www.flaticon.com