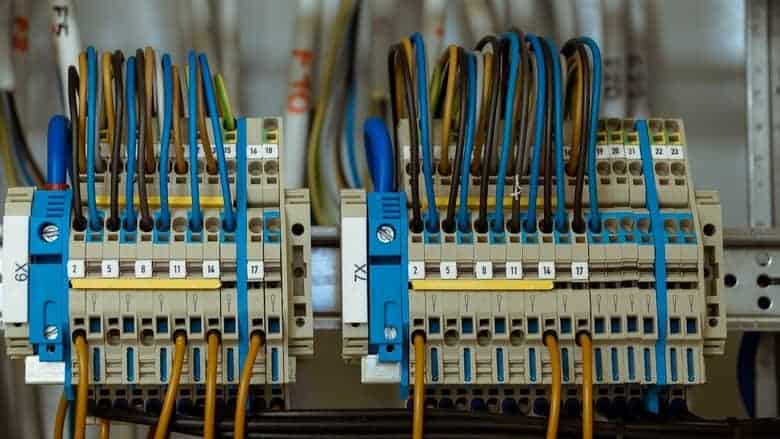 To understand what back feeding power from a generator is, let’s first have a refresher on how electricity reaches your home. The process starts at the power plant where fossil fuel, renewable resources, such as wind, or nuclear power is converted into electricity. This electricity is taken through transformers that step it up to a higher voltage preparing it for travel over long distances.

During an outage, some people choose to connect the generator directly to their home circuit through one outlet. From this outlet, the power gets transferred to the main panel where it’s distributed to other outlets in the house.

However, if the main breaker is not turned OFF, some of the electricity is carried out of the power box and back to the local distribution lines. This backflow of electricity from a generator to the power lines is called backfeeding.

So, backfeeding is the flow of electricity in a reverse direction of what it’s expected. By now, we assume that you’ve heard numerous times that backfeeding is incredibly dangerous and probably illegal. Let’s talk about why it’s hazardous to backfeed through your household outlets.

Why Backfeeding is Dangerous

The main reason why backfeeding is dangerous is that it poses a threat to your and other people’s health. In many cases, people will use a homemade cable consisting of two male cords to backfeed a generator to a home circuit. This puts everyone in the house at risk of being electrocuted. The cord used for backfeeding is commonly known as a Generator Suicide Cable because when you plug one end into a live outlet, the prongs on the other male end are incredibly hazardous. Anyone who comes in contact with them could get shocked by 240 volts.

Backfeeding is also dangerous to utility workers. Once the reversed power gets to your local power lines, it is taken through a series of transformers that boost the voltage in an attempt to reenergize the entire neighborhood. Utility workers trying to repair these power lines may unknowingly and unexpectedly come across backfed lines with a voltage high enough to cause fatalities or severe injuries.

Besides the risk of shock, backfeeding your generator also carries the danger of starting up a fire. If power is restored while the generator is still backfeeding, then your home circuit will suddenly be powered by two sources, which may cause your generator to catch fire. You may think you can power it off as soon as the power comes back, but you may not be so fast, especially in the dead of night.

Backfeeding is illegal in most (if not all) states. In California, for instance, backfeeding carries a jail term of up to 6 months or a fine of up to $500.

Although backfeeding may not be made explicitly illegal, imagine if your house caught fire only for the insurance company to realize the faulty setup. Whether the cause of the fire is linked to the setup or not, this could easily void the insurance policy. The bottom line is that backfeeding is dangerous and should not be attempted.

How to Backfeed a Generator to a House the Right Way

There is nothing like backfeeding a generator to a house the right away. Backfeeding is a dangerous process. It can cause severe injuries and even death if anything goes bad. Therefore, you should always take proper measures when powering a house via a portable generator.

A transfer switch is the safest and the only right way to connect a generator to a home circuit. If you don’t have a transfer switch, you can power your home appliances by connecting them directly to the generator via a properly rated extension cord.

To connect a portable generator to a home circuit, call a professional. We do not advise doing it by yourself if you are not an electrician.